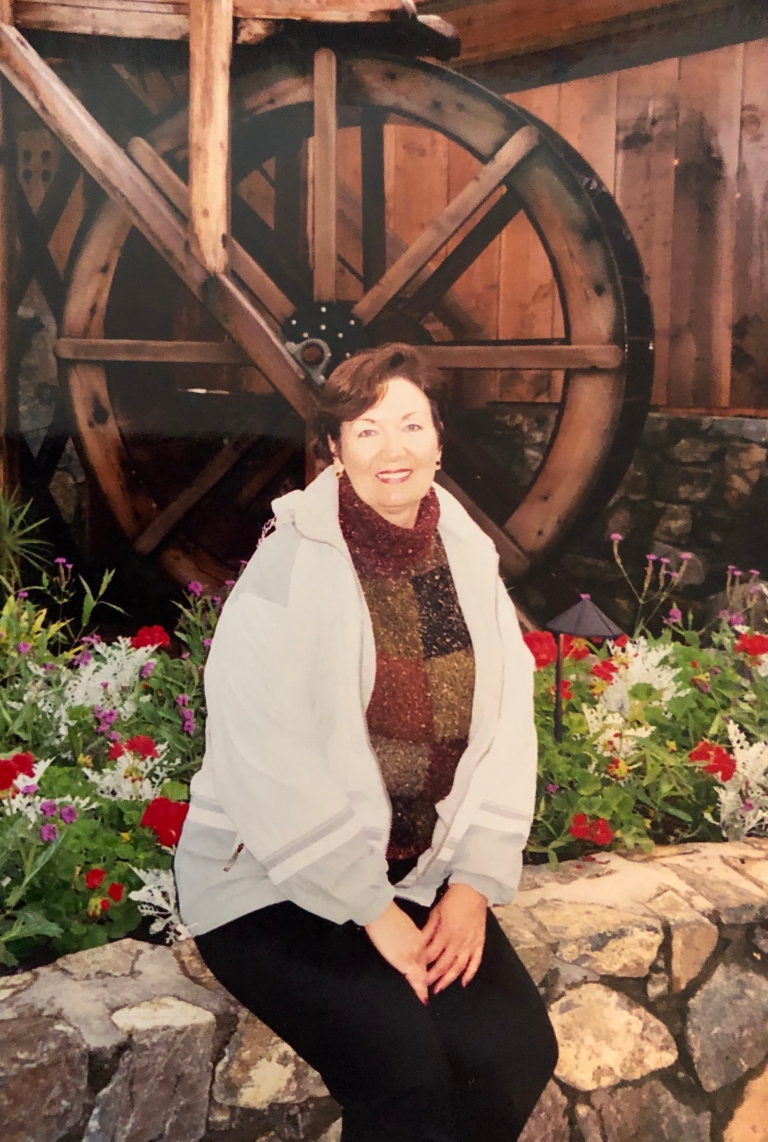 A few months ago I walked in to Target and the woman walking right in front of me looked, from the back, just like my mom. So similar that it took my breath away. I think my step even faltered. I never saw her face. I’m glad I didn’t. It was nice for just a second to imagine, what if that was my mom…what if she were here with us, today. I have thought about that day a few times since. Tried to picture what life would be like now, with her in it.

It’s funny how it works. You lose someone and cannot imagine living your life without them and then, as you grieve and eventually heal, you can’t fathom what it would be like if they were still a part of your every day. I have so many questions still to ask her. So many things I wonder. Like…

What kind of car would she drive now…I’m picturing her in a little red convertible but a big ole Cadillac is also a strong contender. Or a Tesla. I can totally see that.

Who would she be voting for in the next election…or who would she have voted for in the last…honestly it seems like a forgone conclusion but I feel like she may have surprised us.

Would she still eat ice cream for dinner after a long day…chocolate or butter pecan were her favorites.

How many dishes would she have collected by now…based on the number of dishes I have of hers in my house, I can’t even begin to guess. She. Loved. Dishes. I seriously just found some in the attic the other day I didn’t even know I had. Or she had. I’d love to ask her where in the world they came from.

I know she would have continued to travel. She LOVED to travel. I never asked her where she wanted to go, that she hadn’t already been…she had been so many places. Always looking for her next adventure. Always calling me and telling me what she had to eat for dinner wherever she happened to be.

I know her nails would still be red. Her lips too. I know that she wouldn’t miss a game of any of her grand kids if she could help it. She would be over the moon that Gracie is not only in the band, but loves it. Over the moon. I tell Gracie that all the time.

She would have had a Facebook account. Twitter. She would have lost her mind over iPhones and you better believe she would have always had the newest model. I know she’d be wearing an Apple watch. For. Sure.

I know she would still be listening to all of her Andrew Lloyd Weber albums, The Big Chill, CCR, The Beatles, The Eagles, she had the best taste in music…but of course they would now be on her Amazon Music Playlist. Ohhhh and Amazon Prime. Oh. My. Two day free shipping. That woulda been dangerous.

We would have shopped, eaten late dinners at fancy restaurants, had meals at her house when she felt like cooking. I would have said YES, to make up for all the times I said no. And, to spend time with her. My mom was a beautiful, intelligent, driven, complicated, faith filled woman. She and I butted heads, many, many times. But the irony is, now that she’s gone, I understand her far better than I ever did when she was here. I wish I could spend time with my mom, now that I am the woman I am. A softer, more empathetic and kinder version of the girl she knew. Some of the sharp edges she so often encountered have been worn down by time. By life. Realizing what is and isn’t important.

If I close my eyes, I can imagine it all.

Happy Birthday to my mom.

As always, thank you for reading.