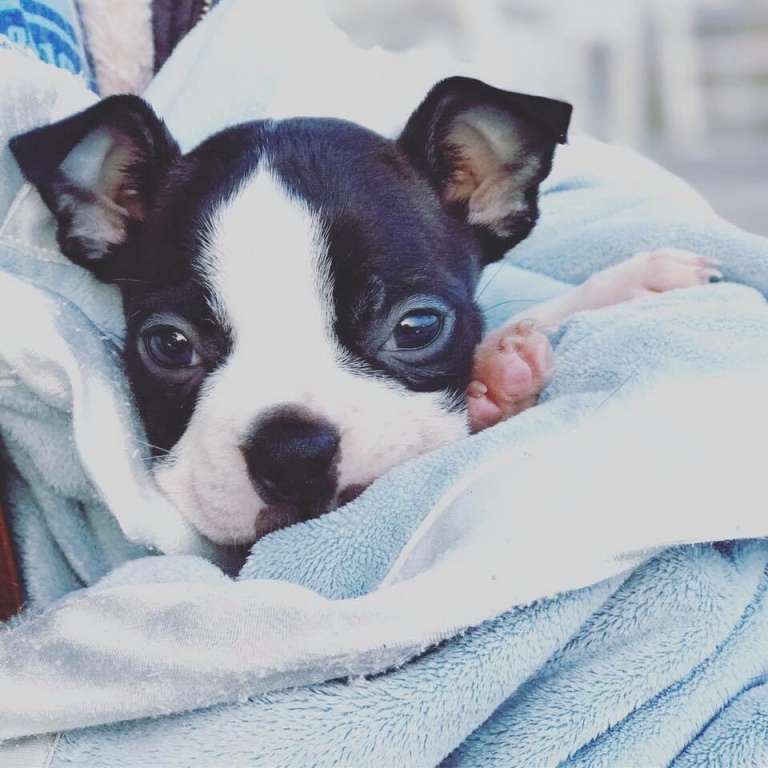 My husband is pretty immune to my puppy dog eyes. He’s also pretty immune to me asking for a puppy  every once in a while. If I catch him on a good day though, he just might give me a yes…hence why we have a happy little farm with lots of critters big and small, and why for the last year we’ve had the cutest little Boston Terrier puppy I’ve ever seen living under our roof (and snuggling/napping every chance he gets with my husband.)  It kills me that all  our animals love him the most. 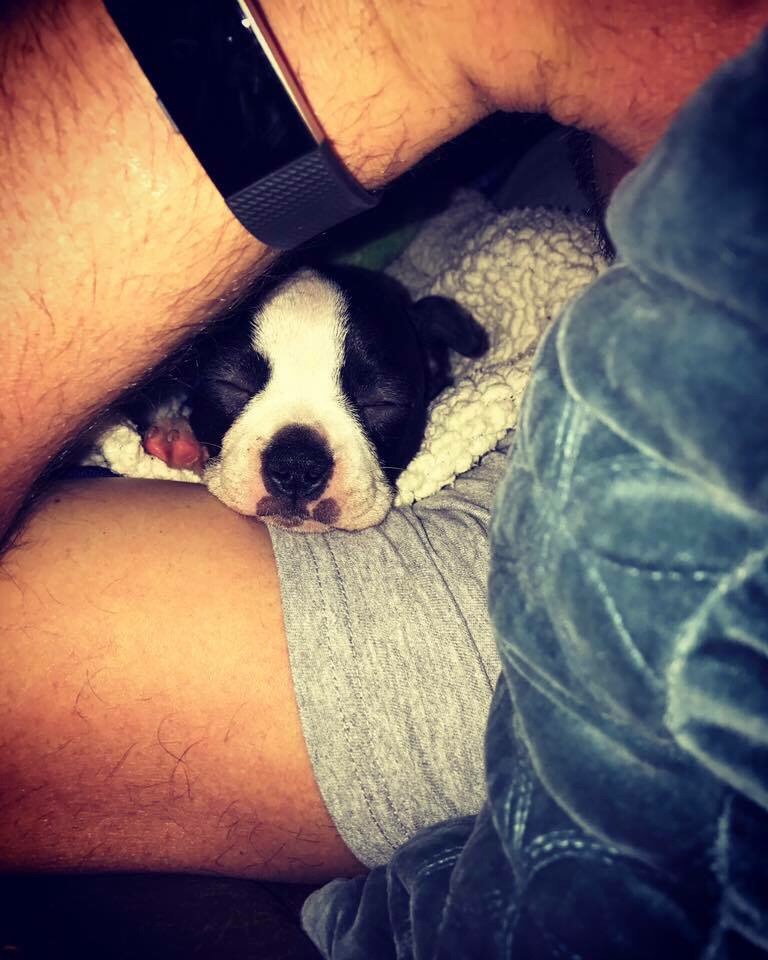 Up until a year ago, we had two dogs. A ten year old yellow lab, Colt, and a border collie/lab mix, Potter. We honestly have no idea how old she is. We got her from the local animal shelter four years ago. They guessed she was two or three at the time. So, a big dog, a medium size dog and clearly, the obvious thing missing was a little dog. Our kids are getting older. They don’t snuggle with me like they once did. I wanted a sweet little thing that I could hold like a baby and snuggle. I. Am. Ridiculous. I know this. 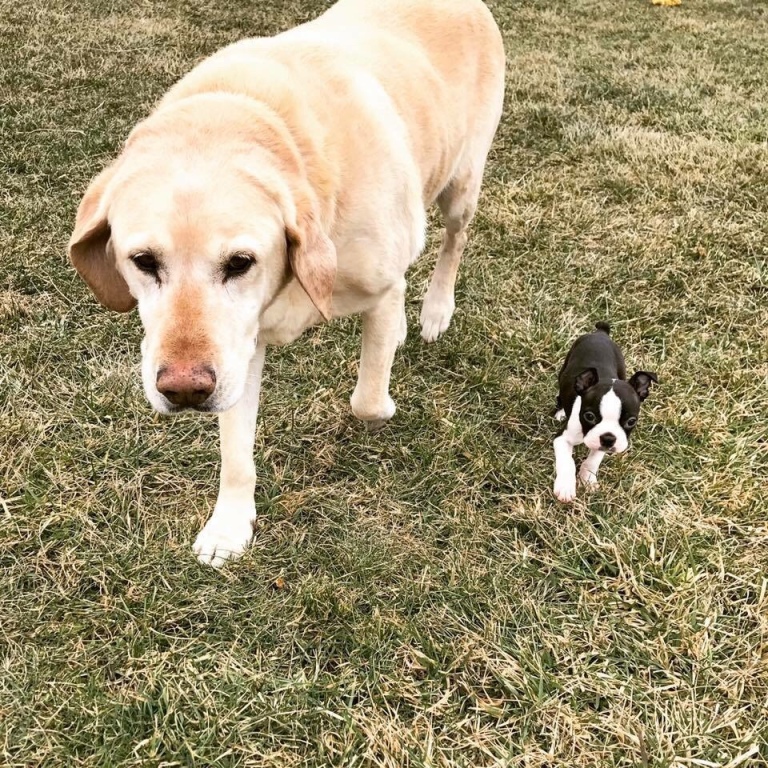 I had hinted to my husband several times that I wanted a little Boston. He would just look at me. So, I’d move on, for awhile. Until the next time I saw a picture of one, and then I’d ask again. Needless to say, we weren’t officially looking for a Boston.  Isn’t that when all the best stuff happens though? A year ago, the day before Valentine’s Day, a picture came across my Facebook news feed of a litter of Boston puppies at one of our local vet offices. I died. Oh my gosh. HAD to have one. I showed Scott, KNOWING he would say no. He looked at me and said, call. I said, are you serious? Don’t toy with my emotions. If you don’t mean it, just tell me no. He said again, just call. So, I called.

The following day, with one of my dear friends in tow, aka my partner in crime, we went and visited this poor woman/breeder. Her house had burned down and her son was battling cancer. She was living in a hotel with her entire family and with this litter of puppies. She was overwhelmed. So overwhelmed. But, she was also the kindest soul. We sat and played with the pups and it became super obvious which one was going home with me. He was perfection. The cutest little face I ever did see. The great part…our kids had NO idea AND it was Valentine’s Day. 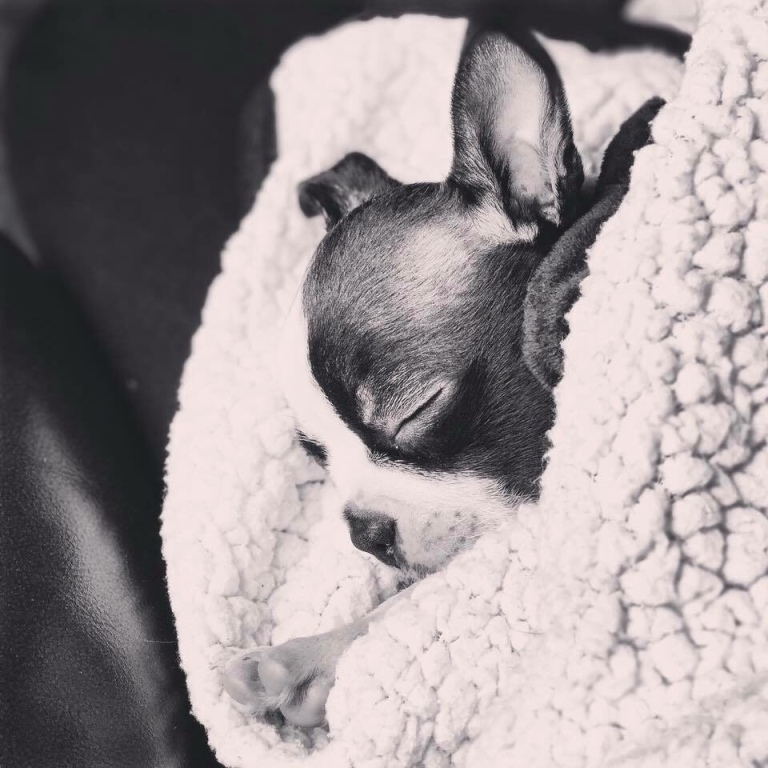 They fell head over heels in love with Henry at first sight. He captured all of our hearts, even my husband’s (although he will go to his grave never admitting that) and instantly became a part of our family, another piece of this circus.

Here’s what I’ve learned about Boston Terriers after living with one for a year.

I LOVE animals. I LOVE the life and vibrancy that they bring to our family and at my core, I am a caretaker. It gives me purpose and satisfaction when I have living breathing things to take care of. To nurture. To feed and water. To love on and feel that unconditional love right back. I am so thankful I have a husband who knows this about me, but also knows when we are at our threshold, because legit, I could totally be an animal hoarder, AND when we have room for one more soul. I love this dog. I love how much joy he has brought to our family this past year. The only thing better…one more…ha! Just kidding. Kinda. 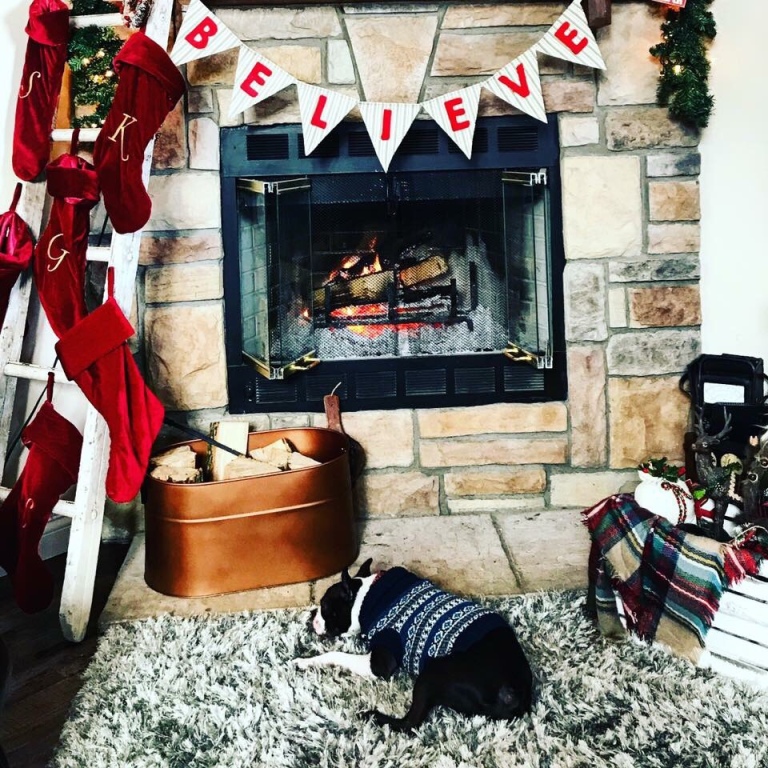 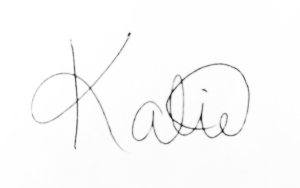