My boy, my bright shining light, turns ten today. TEN. That’s a milestone birthday for any child. He’s now in double digits. My heart can hardly take it. But, him turning ten, also means that it has been ten years since some of the darkest days I’ve ever endured. The fact that it was winter, makes the time and the memories that much darker. Harsher. Bitterly cold. And so, my son, entering this world, during that time, oh my, what a light. What a breath of fresh air. A reprieve from the shadows that surrounded me. He was then and still is my bright shining light. 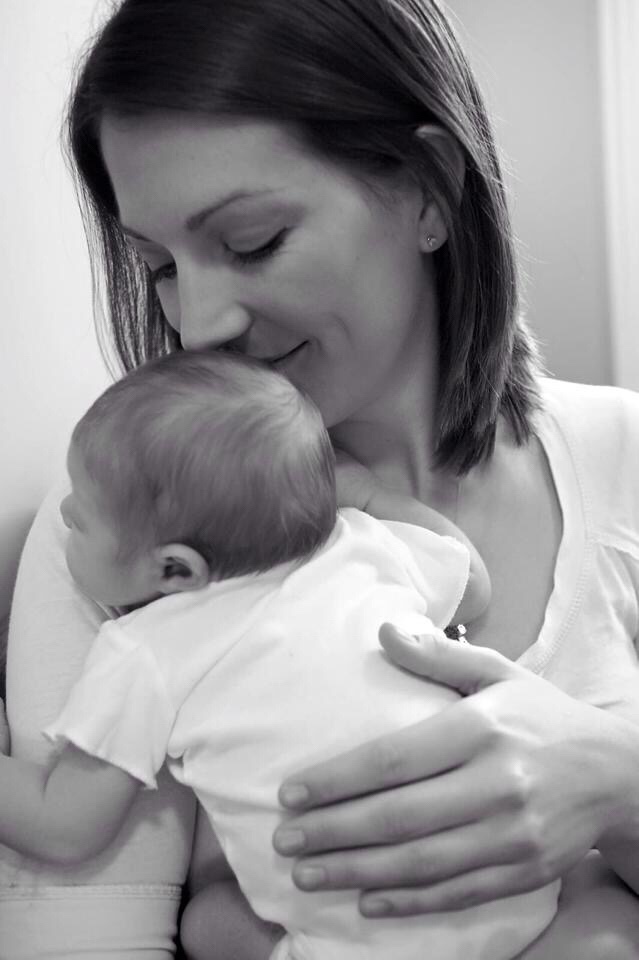 The day I found out I was pregnant with Brady was two months after my first husband, Brad, had his kidney removed, and was diagnosed with renal carcinoma. Initially, we were told it had not spread. One month after finding out I was pregnant, at his first follow up scan, it had.

The rest of that pregnancy was a nightmare. I was physically fine, the baby was physically fine, but the world that I knew was falling to pieces. Brad went from feeling okay, to so very sick, almost overnight. He spent two weeks in Indianapolis undergoing treatment, for a very rare and very aggressive kidney cancer, and that treatment alone, nearly took his life. Meanwhile, my two year old daughter and I stayed down there, along with his parents, and watched as he suffered so greatly. It was just the beginning of a 10 month long battle that was gut-wrenching to witness.

When we weren’t at his appointments, I had my own. It was a pendulum swing that was hard to wrap my head around. The difference between precious life and impending death. The joy of hearing that first heartbeat, and the devastation of hearing a doctor tell us it was time to get our affairs in order. A roller coaster of emotions, and all I could do was just HOLD ON for dear life, and pray.

I became a single mom, during that pregnancy. I went to almost every one of my appointments alone because he was just too sick to go.  Gracie, my two year old at the time, and I, shopped for clothes, bedding, diapers, a double stroller, to get ready for Brady’s arrival. I had baby showers given by friends, family, co-workers, where I celebrated this life inside of me, with those people, not my husband.

He could not and would not make peace with the horrific hand he had been dealt. He did not want to see baby clothes. He did not want to talk about this son, that he knew he would never get to see grow up. It was a pain I cannot even begin to fathom. A soul-twisting reality that he could not come to grips with it. I do not blame him. I cannot judge him. He wanted nothing more than to be a father to his kids, and that was being viciously and torturously ripped away from him by that evil disease. He fought his fate, until his dying breath.

At my 36 week appointment, my doctor asked me if I wanted to be induced. He knew that the time was near, and if Brad was going to see this baby, we could not wait. I told him no. To this day, ten years later, I STILL believe that was the right choice. Brad was mostly comatose at that point, and was agitated when he was awake. I had my hands full taking care of a dying husband and a two year old. How could I possibly bring a newborn baby home to that. And, I knew Brad. I knew that his heart could not handle seeing the face of a child, a precious little boy, that he was not going to get to raise. And so, he never saw him, never held him, while he was on this earth. But, I do believe in God. I believe in him MIGHTILY. And, I believe in his perfect timing.

I was 37 weeks pregnant when Brad passed away on January 9, 2008. It was a cold, January day, but the sun was shining. The first thing I did after he passed was walk out to the garage, sit down with my dogs, call my dad, and cry.  I wanted to call my mom. I needed her. But, she went into the hospital for the very last time, that same day. Her two year battle with breast cancer was coming to an end.

I had an appointment the following day and my doctor said he wasn’t going anywhere near me to induce any sort of labor until after the calling hours and funeral were over with. He instructed me to sit during the entire calling hours and he would be there to check that I was doing just that. I was also supposed to be drinking water frequently and he would also be there to check that I was doing that. Such a kind man, that took such good care of me my entire pregnancy.  He came through that line, as promised, as did so many others. It was exhausting. It was a relief. It was agonizing. It was closure. It was the end of a living hell. No more pain. No more suffering. Brad could finally find peace walking on streets of gold. Somehow, thankfully, I made it through all of that without one single contraction.

On January 17th my labor started. I had a doctor’s appointment that day, went to see my mom who was in and out of consciousness on the oncology floor and then went home. As the evening wore on my contractions got closer together and stronger so my doctor wanted me to go ahead and come in since there was potential for bad weather that night. I called my brother to let him know and in the same breath he told me they were heading down anyway because he had gotten the call that mom “probably wasn’t going to make it through the night.” So, my brother drove me to the hospital and then spent that entire night going between my room on the 4th floor and my mom’s room on the 5th floor. I prayed fervently during my labor for Brady to not have his birthday on the same day my mom passed.  Mom did make it through the night…thank the good Lord.

I remember after 9/11 thinking how horrible it would be to be in labor and not have your husband by your side. I never in a million years imagined I would go through that same experience. This is where I must say that God hears prayers. He listens. He wraps his arms around us and gives us a peace that we can only know through Him. I was not scared. I never felt alone. I had my brother, who has always been a security blanket to me.  I had most of my mom’s family who had come up from Kentucky to be there for her. And I had my two best friends. I was not alone and I was not afraid. What I was, was elated, excited and overflowing with joy that I was getting ready to meet my son.

He was huge. Almost nine pounds and perfectly healthy. He had been with me during every moment of the nightmare we endured and to hold him in my arms for the first time was one of the most overwhelming moments of my life. By God’s grace and His absolutely perfect timing Brady was born on January 18th, 2008. My mom got to hold him in her arms on January 20th. She passed on February 4th. Those moments she got to hold him were precious. And, I do believe, in my heart of hearts, that somehow, someway, Brad got to hold Brady, not as a sick and dying man, but as a man made whole through his faith in Jesus, in that time between his death and Brady’s birth. 24 Replies to “{My Bright Shining Light}”